Among all the classic children’s stories, Pinocchio is one of the most touching, although the sweet image that most of us have thanks to the Disney animation classic has little to do with the (sometimes cruel) story originally written by Carlo Collodi and published between 1882 and 1883. Passione Playing Cards has made a masterpiece inspired by the classic: PINOCCHIO.

The essence of an Italian story like this could only be captured by an Italian artist like Elettra Deganello, an illustrator who stands out for the delicacy of her vector art. The imagination of the designer has been able to create very beautiful cards, with precise lines and full of details and a very soft color that reinforces the history that inspires it. 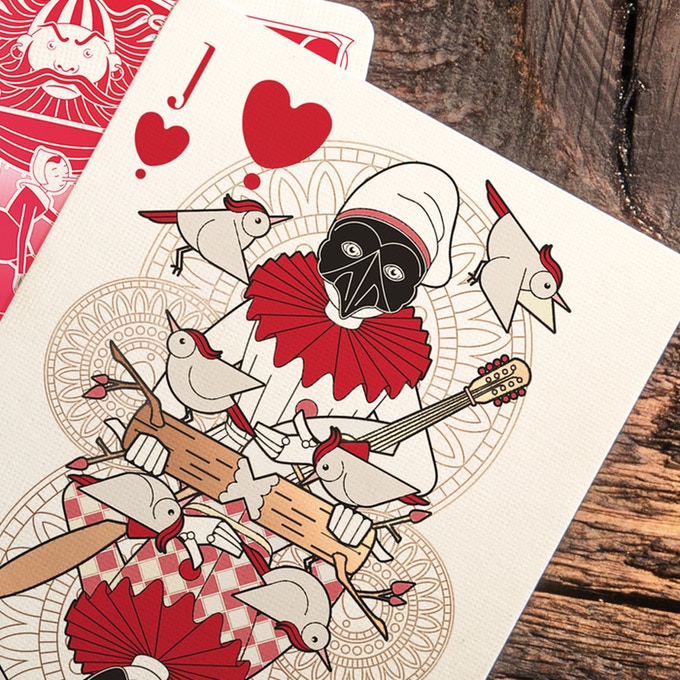 Two completely different decks have been created for the campaign: Sapphire and Vermilion, in which blue and red colors predominate respectively. With really nice finishes, metallic inks will be used in the color touches of faces and backs. 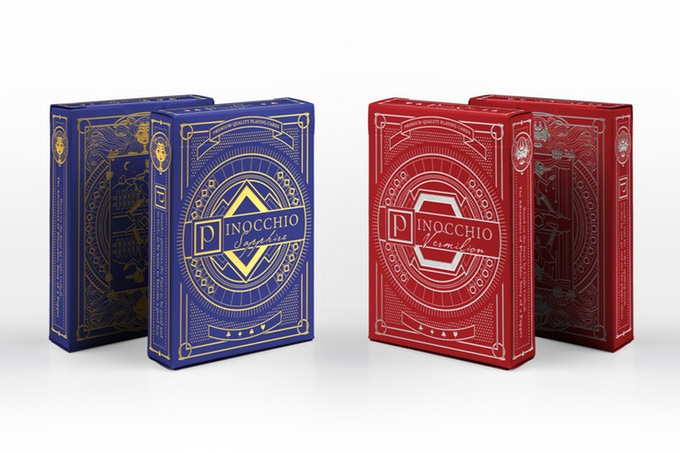 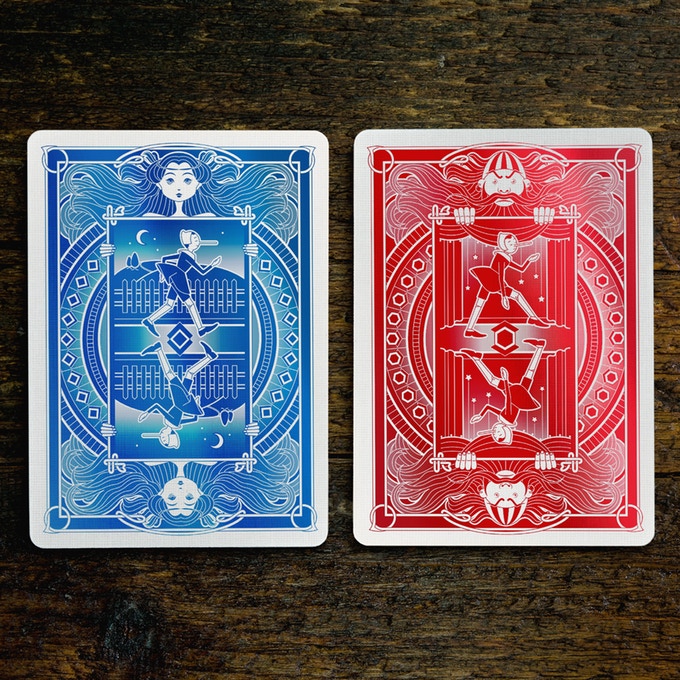 Each court card and joker shows a different character from the wonderful world of Pinocchio, from his “father” Geppetto to the hungry whale, in which each suit represents a passage of history. Pinnochio is depicted in every ace. The illustrations are clean but detailed and show the personality of each character along with their distinctive accessories. 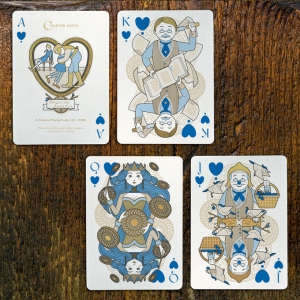 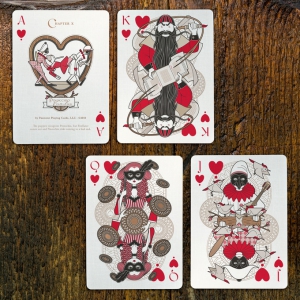 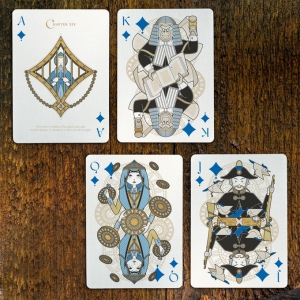 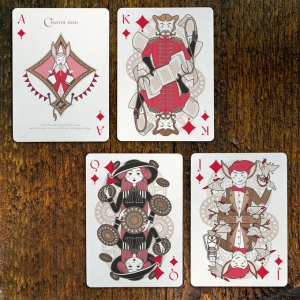 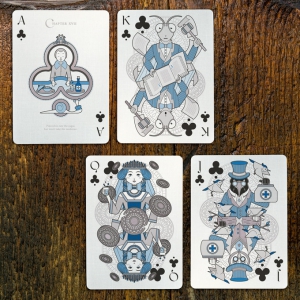 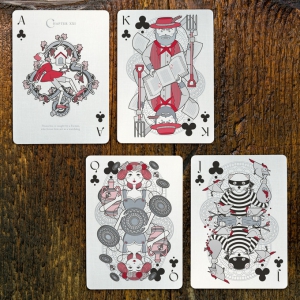 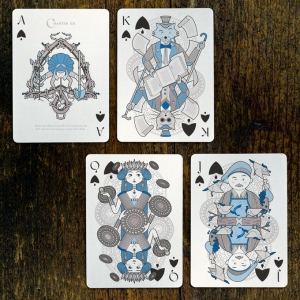 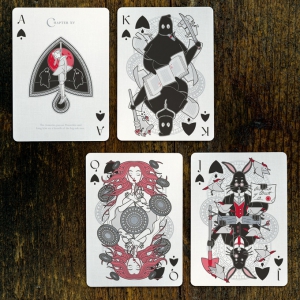 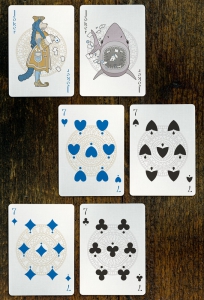 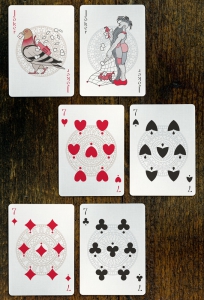 Apart from the two decks, printed by the USPCC, a special limited edition is offered with a book-style case that houses both. 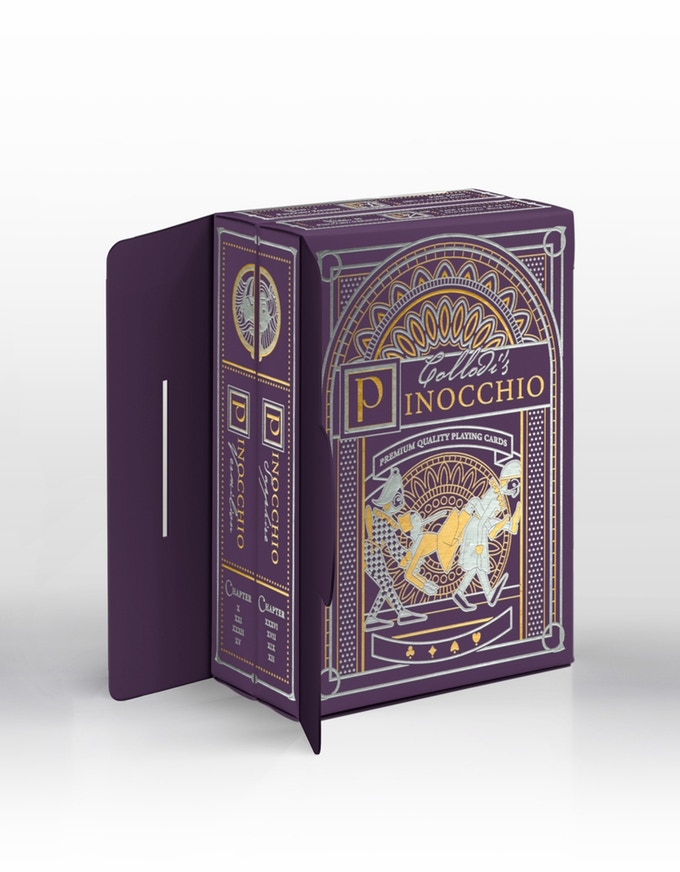 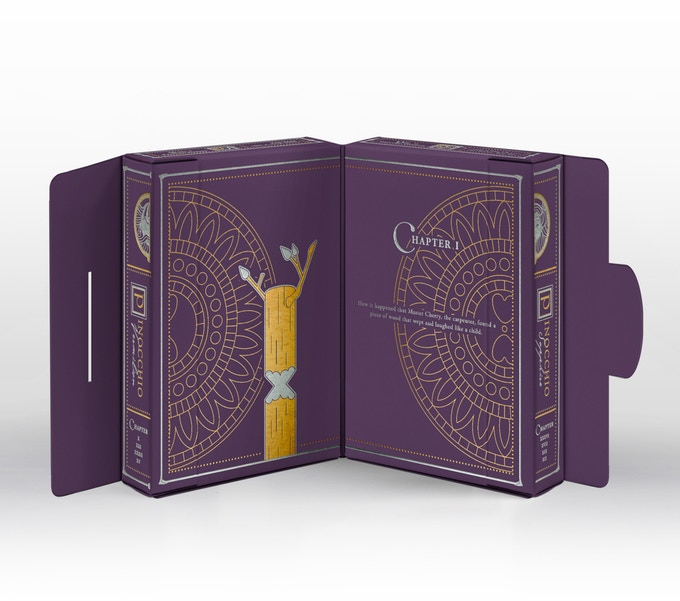 In addition, a beautiful booklet illustrated with details of the adventures of the little boy who was once a wooden puppet will be unlocked as stretch goal. 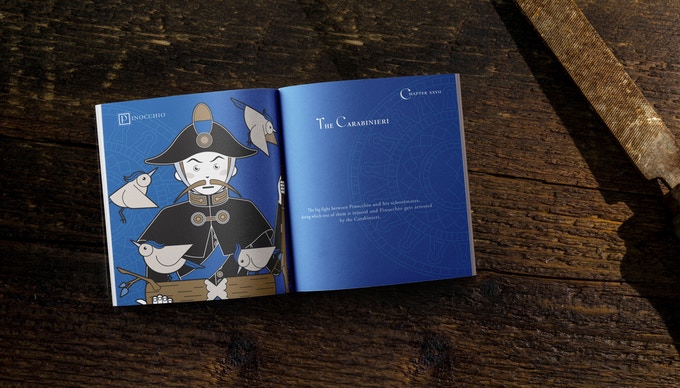 Do not hesitate to get these beautiful decks. Visit the project website and raise your pledge.