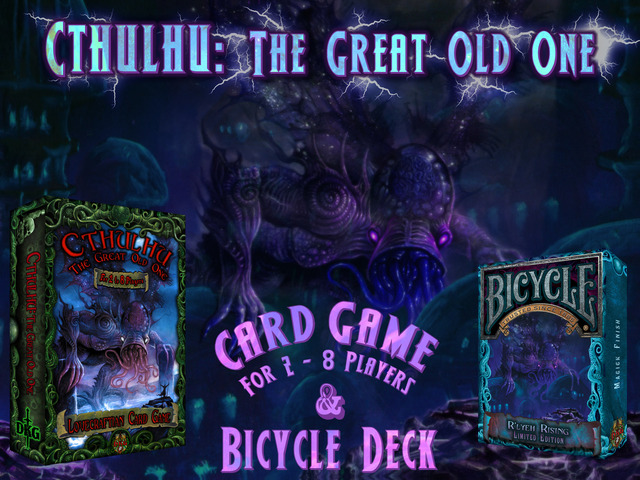 After the fabulous success of the New Cthulhu Bicycle Deck, Dann Kriss Games re-launch the campaign for their very first card game: CTHULHU: The Great Old One.

Based on the myth of Lovecraft that already inspired his previous decks, Dann Chris proposes a dynamic and exciting card game with a luxury apparel: 80 cards beautifully illustrated by Ian Daniels on high quality card stock. There will be two versions of the deck, one standard and one limited. 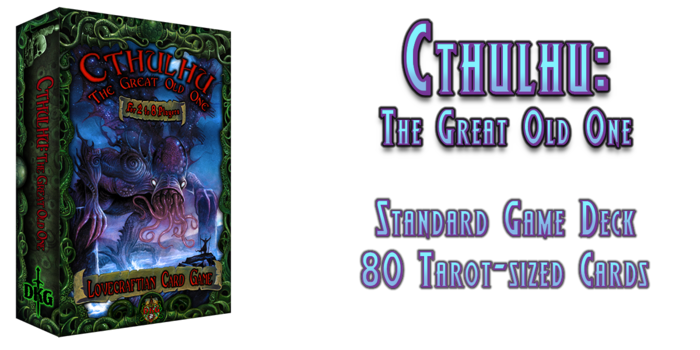 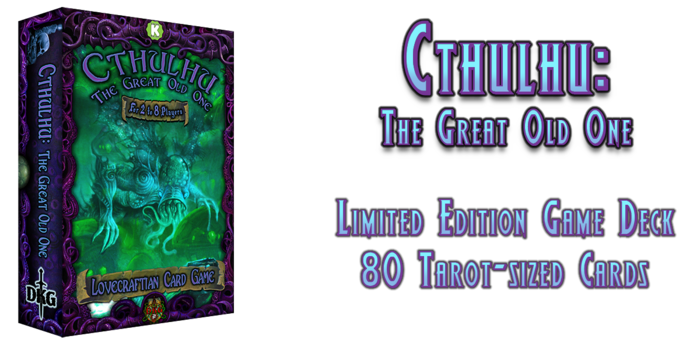 After having failed in the first try to fund this game, and thanks to an overwhelming support from the community, plus finding ways to reduce the budget down to minimum order quantities from their manufacturers, they have been able to relaunch with an initial goal around half of what the original campaign was set.

But that’s not all, after the success of the previous project, Dann could not ignore the loyal collectors and fans of Bicycle playing cards so he proposes in this campaign a final limited Bicycle branded edition deck as a companion deck. 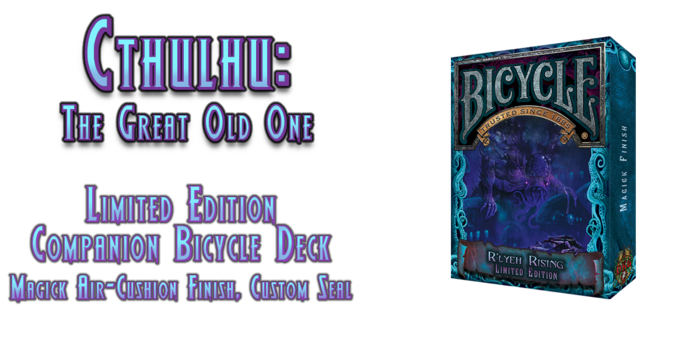 This final deck in the CTHULHU: The Great Old One Bicycle series is the Limited “R’lyeh Rising” Edition, which will only ever be printed once for this campaign. As Cthulhu awakens and rises from R’lyeh, so does CTHULHU:TGOO rise from the depths to the light of day! Cthulhu sleeps no more! Each card is designed to evoke the alien, deep water nature of the fabled (and feared) sunken city where Cthulhu lies dead but dreaming. 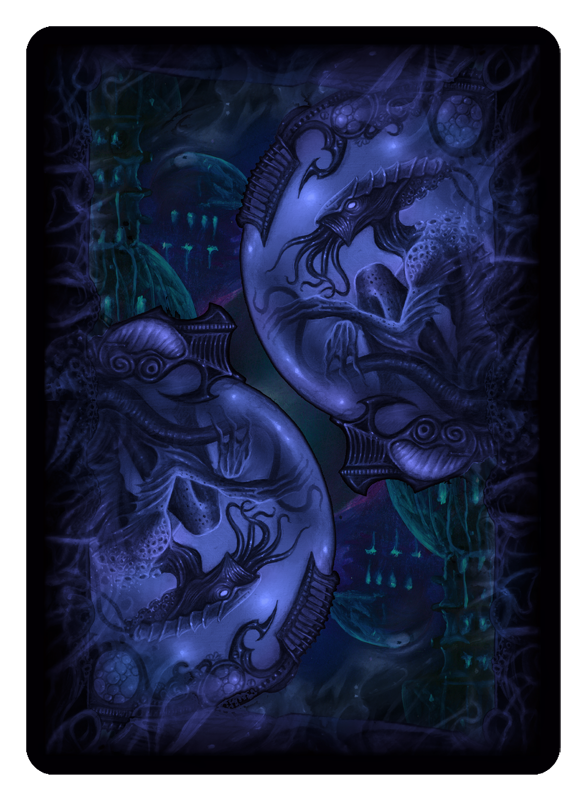 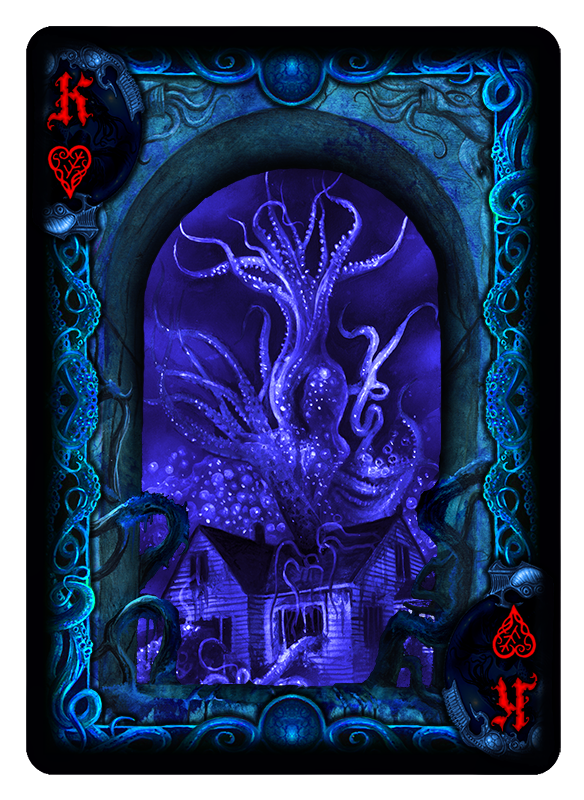 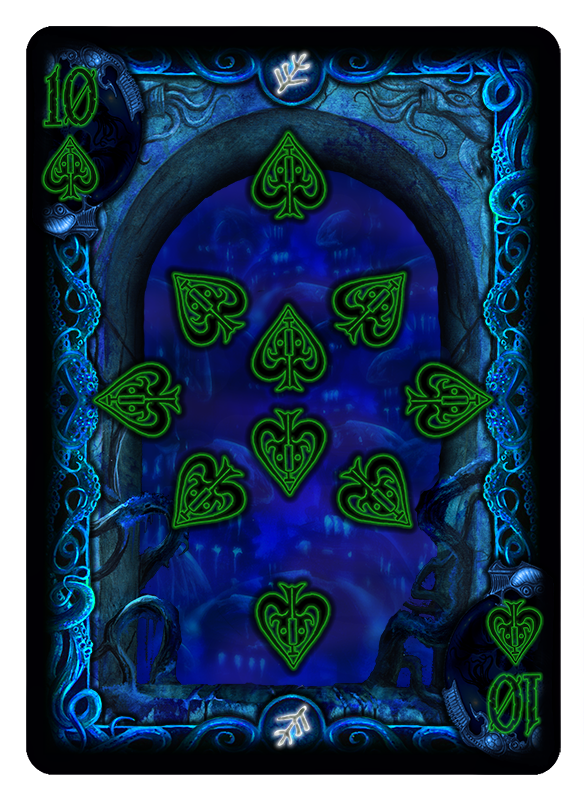 A finely crafted Bicycle deck, printed of course by the USPCC. A fine way to wrap up this beautiful series of stunning decks.

You can enjoy the very first exclusive images of the deck and some cards and you can visit the project website and raise your pledge. 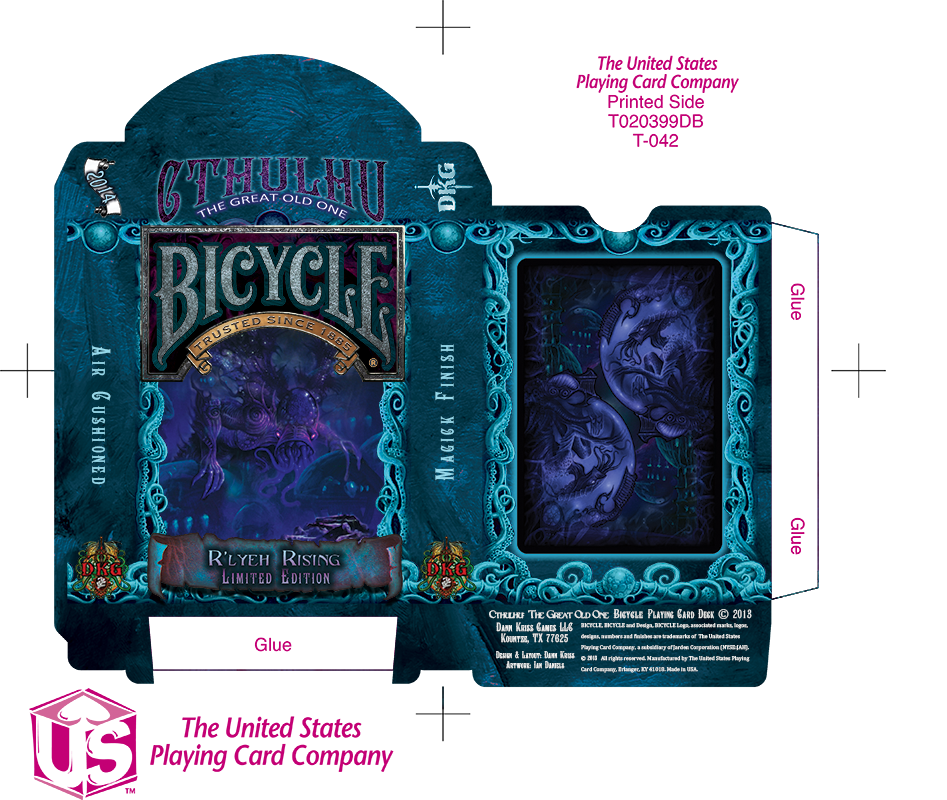