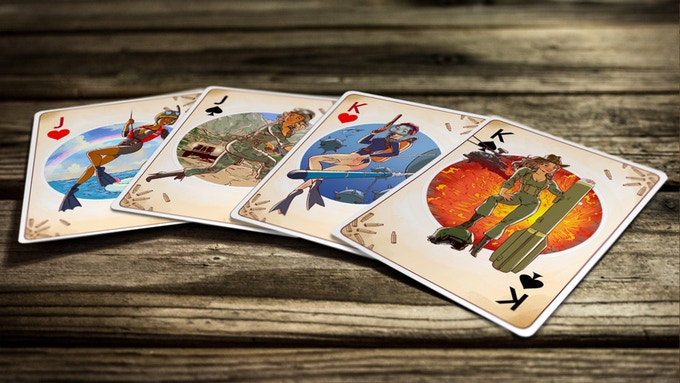 USMinPin (United States Military Pin-ups) is not just a deck, but a reflection of the passion of its creators to recover the relationship between these beautiful girls and the modern US Armed Forces. Jesus Gonzalez is a combat veteran who decided to create a project to print a deck. This idea did not lie in the simple distribution of the cards to their backers but, for each deck sold in crowdfunding, they would donate another deck to their troops deployed in combat zones.

Thus, Jesus contacted the Russian designer Andrew Tarusov, renowned pinup illustrator, to give this idea a graphic meaning. Andrew created a set of beautiful military girls who are heavily armed and prepared for combat. Inspired by classic pinups, the artist gave his drawings a more casual comic style and great smiles with which the girls will never need to use their weapons. The illustrations show, in each of their suits, the five main branches of the American Armed Forces: the Navy (which incorporates the Coast Guard), the Marine Corps, the Air Force and the Army. 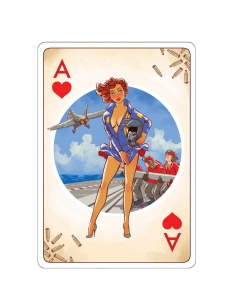 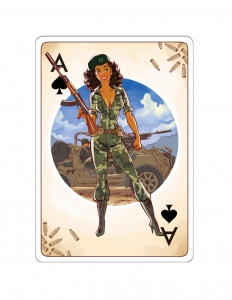 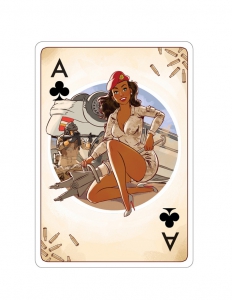 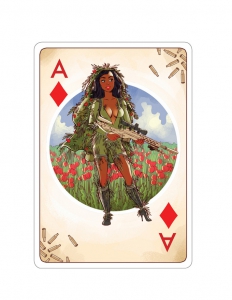 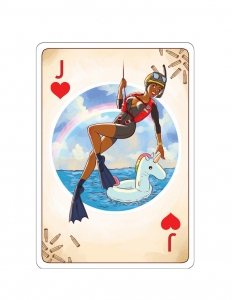 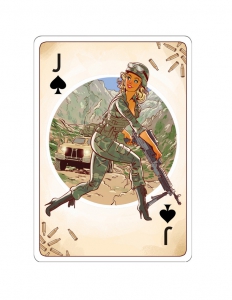 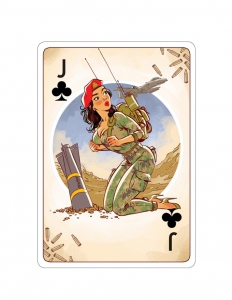 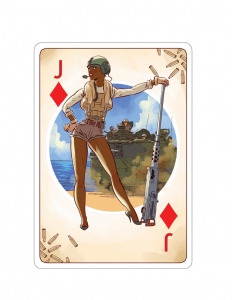 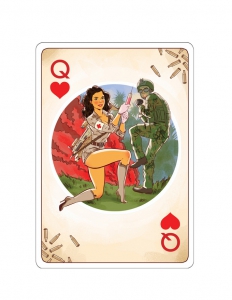 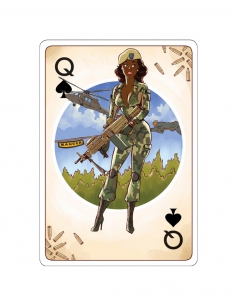 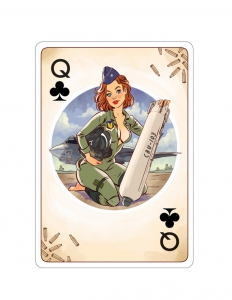 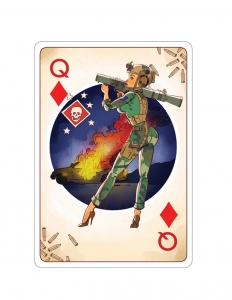 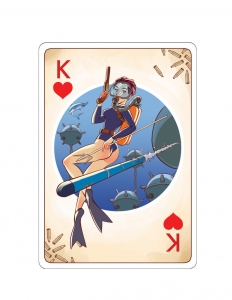 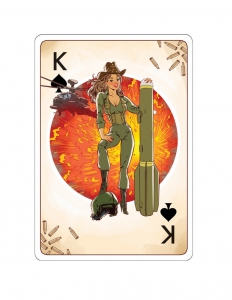 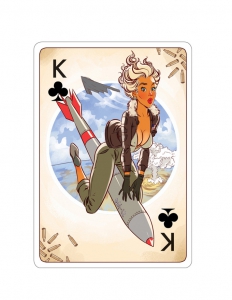 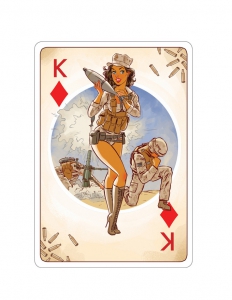 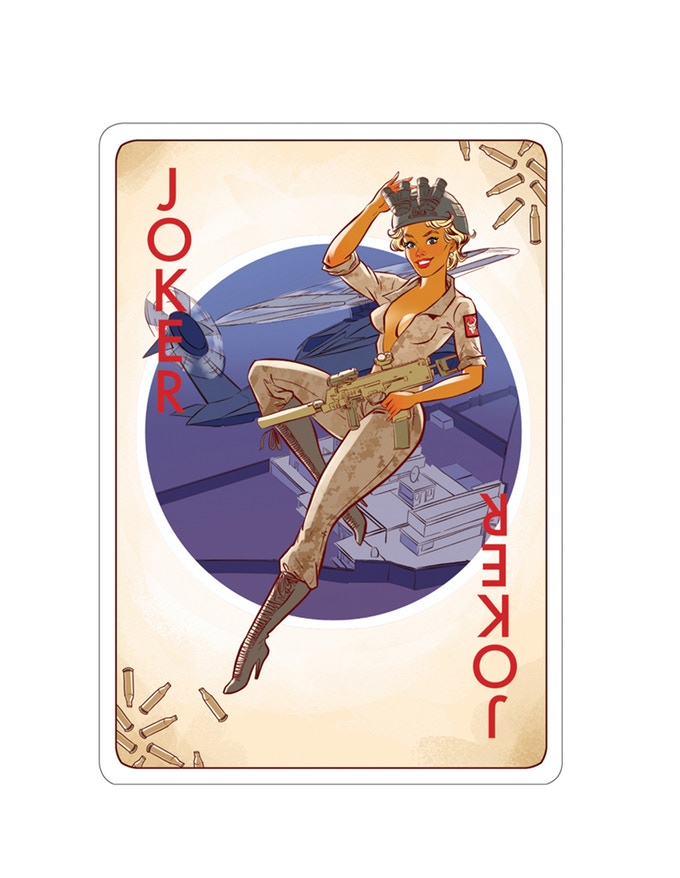 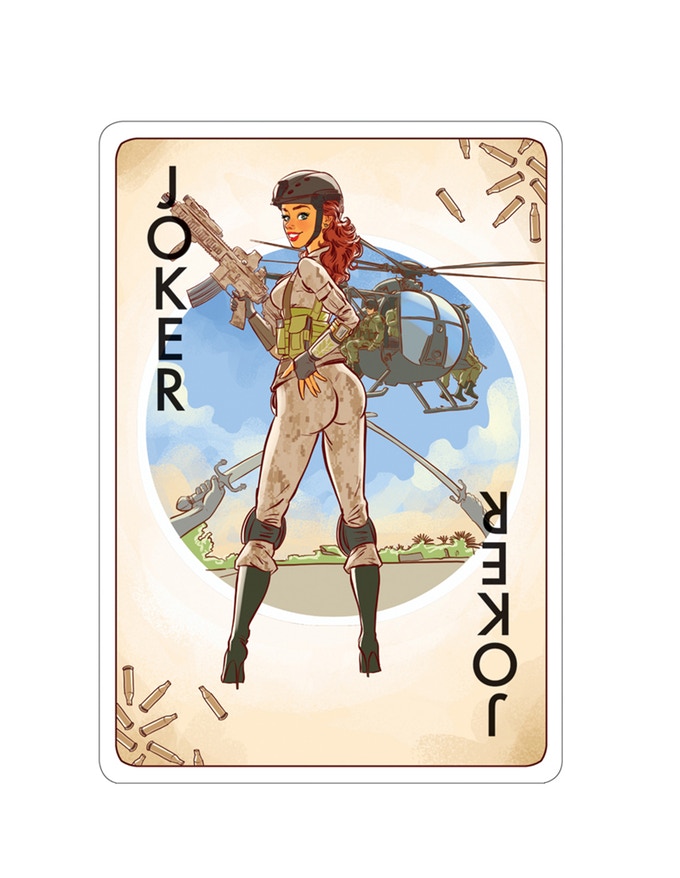 The deck has been completely customized on all its faces, including interesting details to make it more attractive. 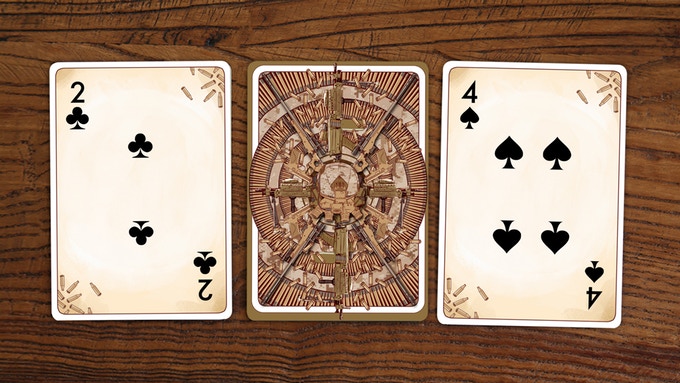 The back and the case show an elaborate composition with comic-style weapons and ammunition. 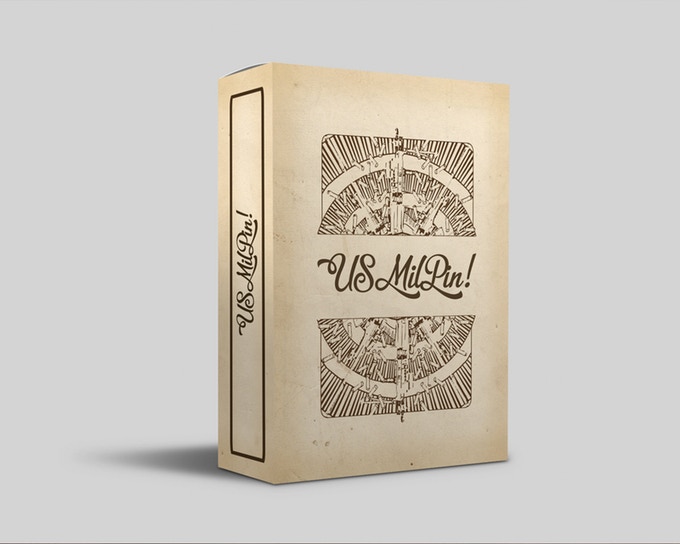 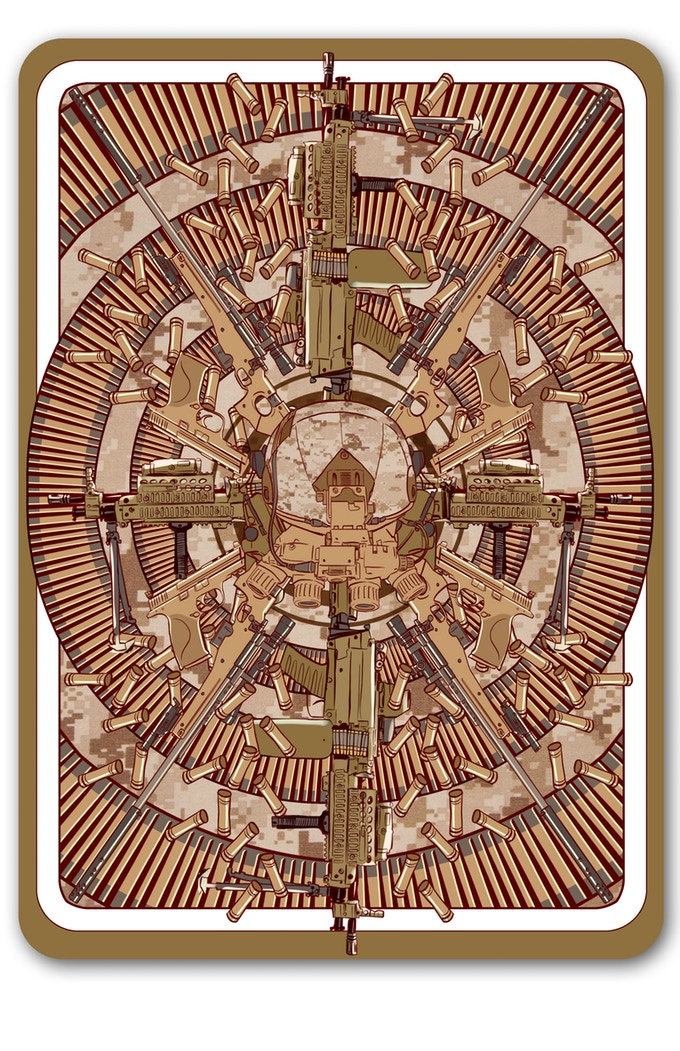 If funded, the deck will be printed by Legends Playing Cards. If you like it and want to contribute with this interesting initiative, visit the project website and raise your pledge.