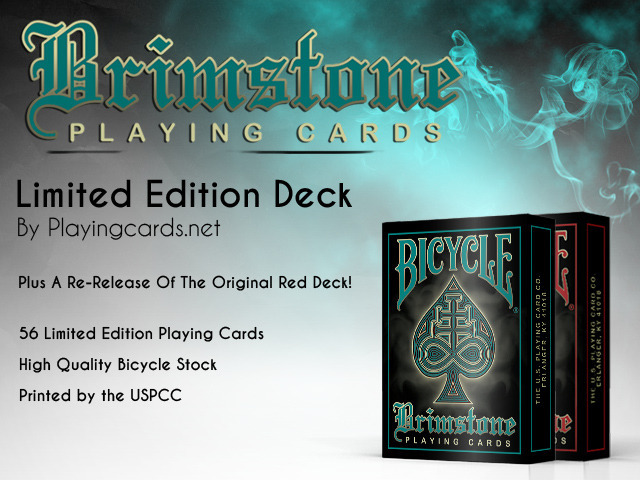 It is possible this design seems familiar to you, and you’re right. This deck has an interesting history.

The Brimstone deck was one of the first decks funded through Kickstarter. Produced over three years ago by Circle City Cards, Brimstone represents the beginnings of cards and crowdfunding (some nostalgic moments many of us miss a lot).

This deck was part of a series that abruptly ended with the second deck, Quicksilver, a campaign that, despite his succes, damaged the image of the company and his reputation till its vanishing in the mid-2013.

One year later, PlayingCardsDotNet (Gambler’s Warehouse) has purchased the designs and created a new version of the classic: the new Bicycle Brimstone. 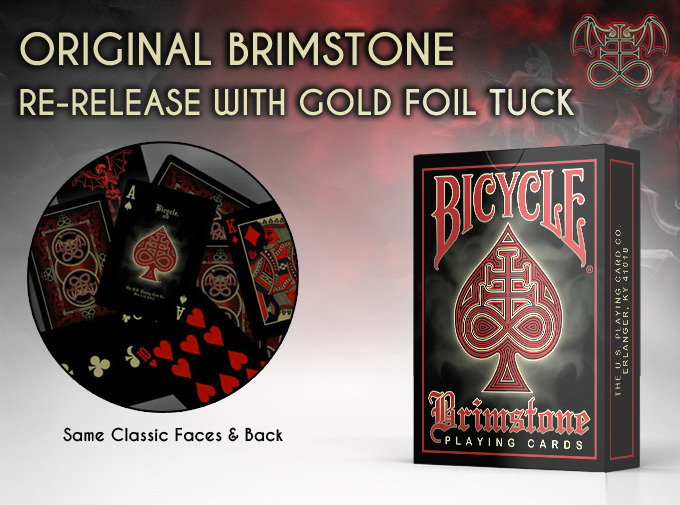 Both editions, fully customized and Bicycle branded printed by the USPCC,  include two gaff cards for magical effects. If you like them, visit project website  and raise your pledge.