Life and death, those two sides of the same coin that have always been present in literature and art, are now presented by Gambler’s Warehouse and masterfully illustrated by the great artist Blackout Brother in the REINCARNATION deck. The belief in reincarnation is as old as religion itself. Life thus becomes a purifying and learning step in the search for the liberation of the essence of each individual. After death, a new life in another body allows us to be… 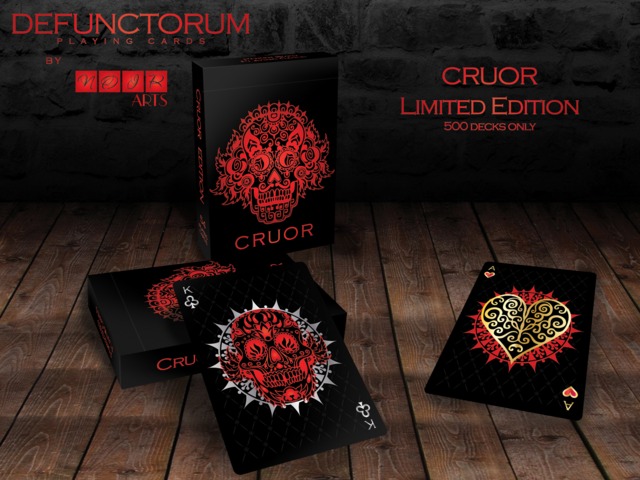 Do you remember the Defunctorum decks created by by Roman Kotiv (NOIR Arts) and inspired by the Day of the Dead? Well, the project was such a success that had a sequel in a second project that offers a new variation of the deck: Defunctorum Cruor. Cruor (Bloody) is the perfect complement to its sisters Nox and Dies. The deck shares their design but uses gold, silver and red metallic inks creating a much more disturbing atmosphere and a very impressive result…. 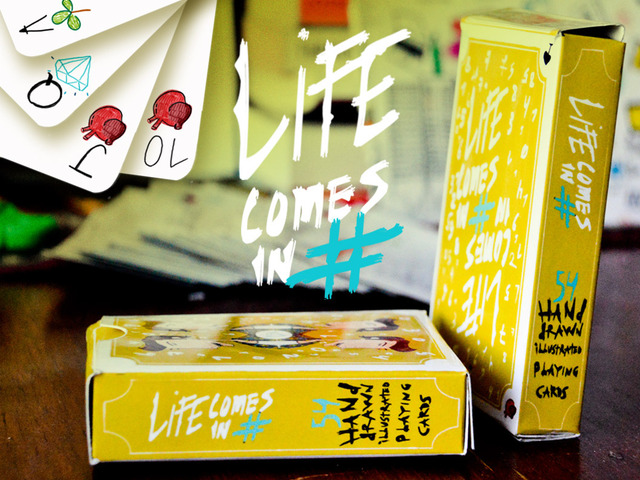 Crazy, funny, original… These are only three adjectives to describe this new deck of cards recently launched: Life Comes in Numbers.     For the very first time, a campaign written both in English and Spanish, like Max Plying Cards articles. This is due to the origin of the creator, Daniel Dobleu, born in Bogotá (Colombia).     This is a semi-transformation deck, inspired in the real life, where each card depicts something related to the number it represents…. 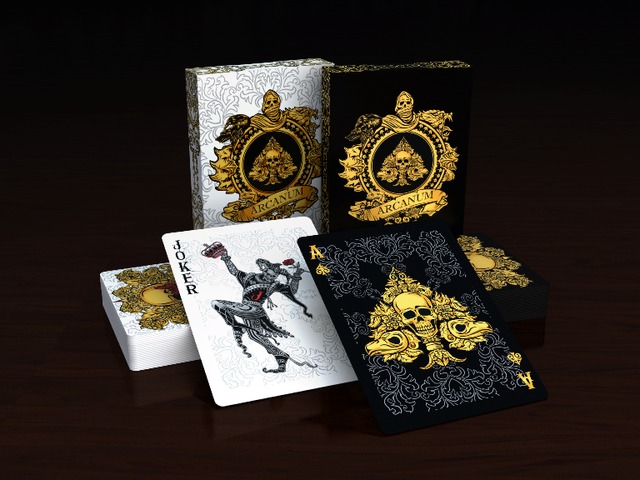 Something different and dark. This is ARCANUM. Arcanum is a deck of cards designed by Alex Vovk and Vladimir Kuksin, both partners of Tortoise Design Studio, based in Ukraine, Kiev. This is their very first project of playing cards and it has been launched through Kickstarter and produced by  Gambler’s Warehouse. Despite of the apparent sinister aspect of the images, the inspiration of the deck is really positive. Their belief: “Remembering our roots – we are still human beings”. They want… 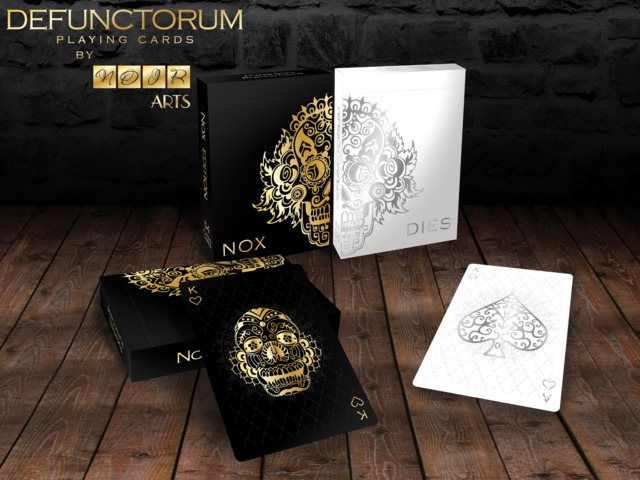 Life and death have been the theme for a lot of playing cards along last months, specially from the Day of the Dead point of view. This time, we have a new and different proposal: Defunctorum. Although it could remind us something we saw before, the design of these decks,  created by Roman Kotiv and produced by NOIR Arts, is original and deep. There is a high detail on every customized card, including the new pips and the disturbing masks… 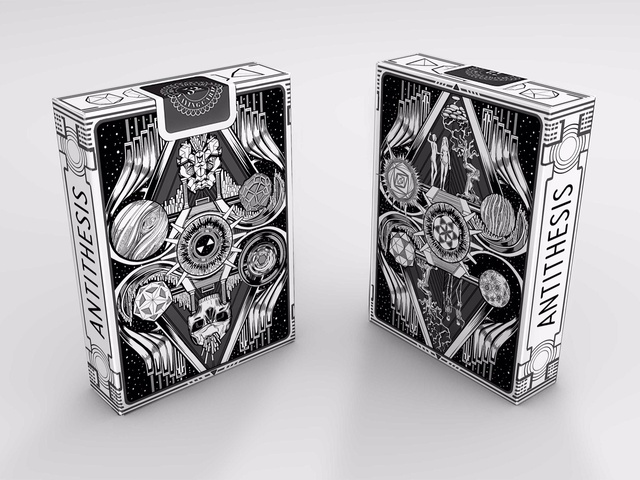 Jet City Limited is a company dedicated to spread art in any shape and expression. The boss, Michael Ryan Norton, is not only a believer on crowdfunding and an active backer, but also an artist, a creator, an inventor and a designer. They have launched their first deck of cards: Antithesis. Designed by Adam Valmassoi, the cards show the philosophical perception of the death, naturally opposed to the life. The artist have drawn a whole imaginery composed by artistic…