Produced by Will Roya (PlayingCardsDecks.com) and designed by Marcelo Simonetti, a Uruguayan designer specialized in illustrations of tale and comic book characters, this deck presents a collection of warriors brought from other times and from different parts of the world grouped in each suit. Thus, hearts, spades, diamonds and clubs show us Aztec warriors, knights and medieval royalty, Zulu fighters and Japanese nobles. 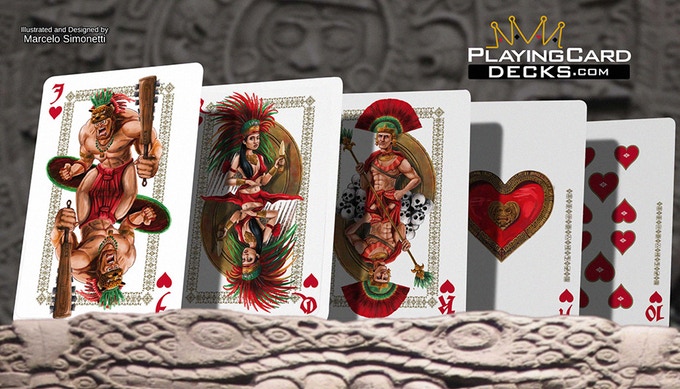 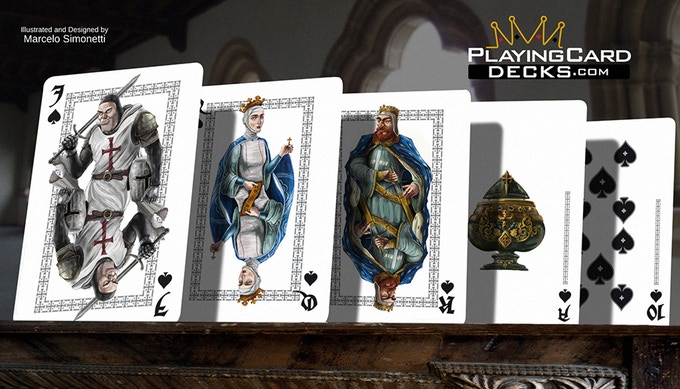 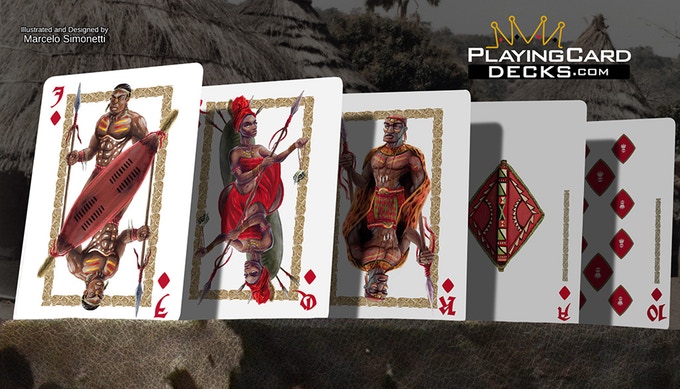 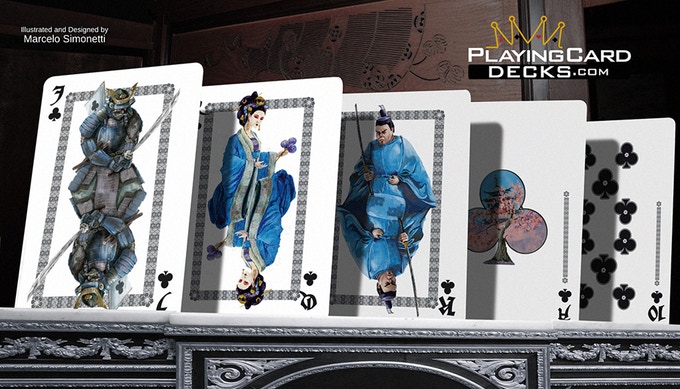 The numbered cards have an original design, with different sizes in the pips depending on their number. 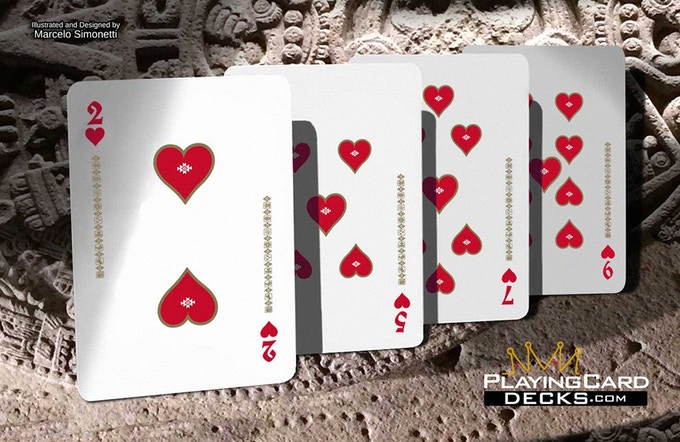 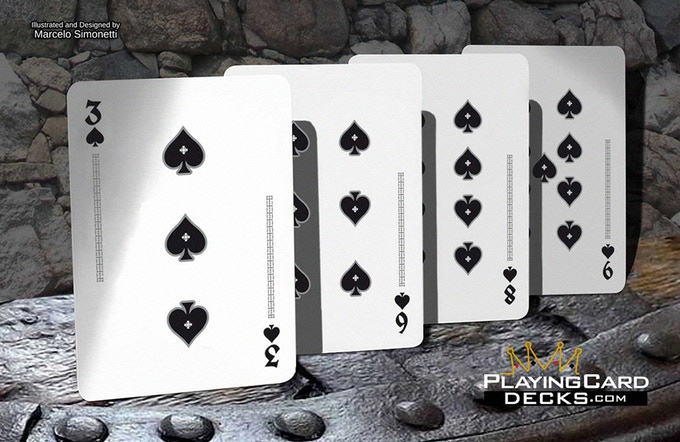 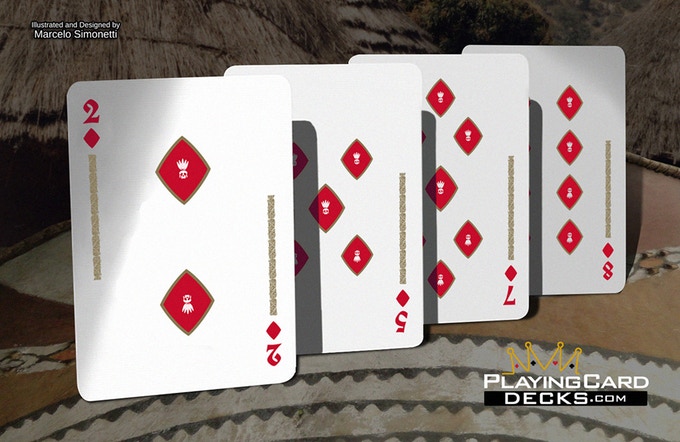 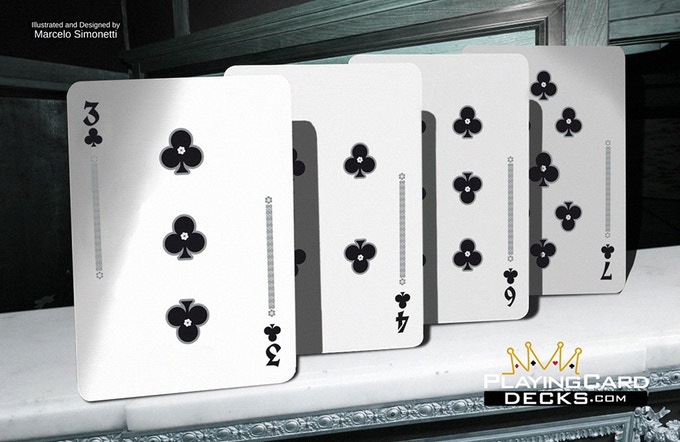 Two curious jokers brought from a tale complete the set. 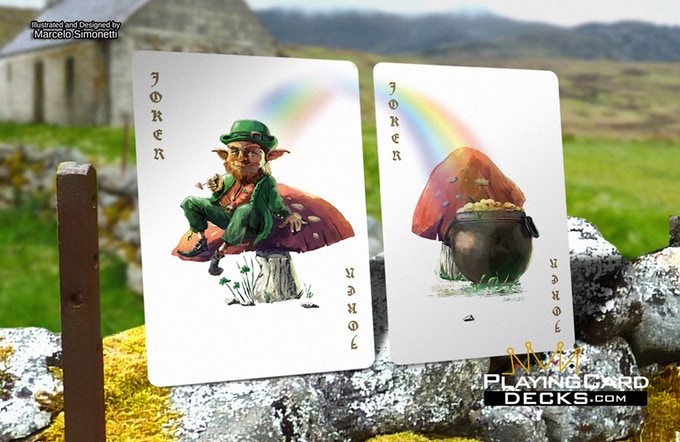 Some fun and original cards that will also use metallic inks to enhance their details. 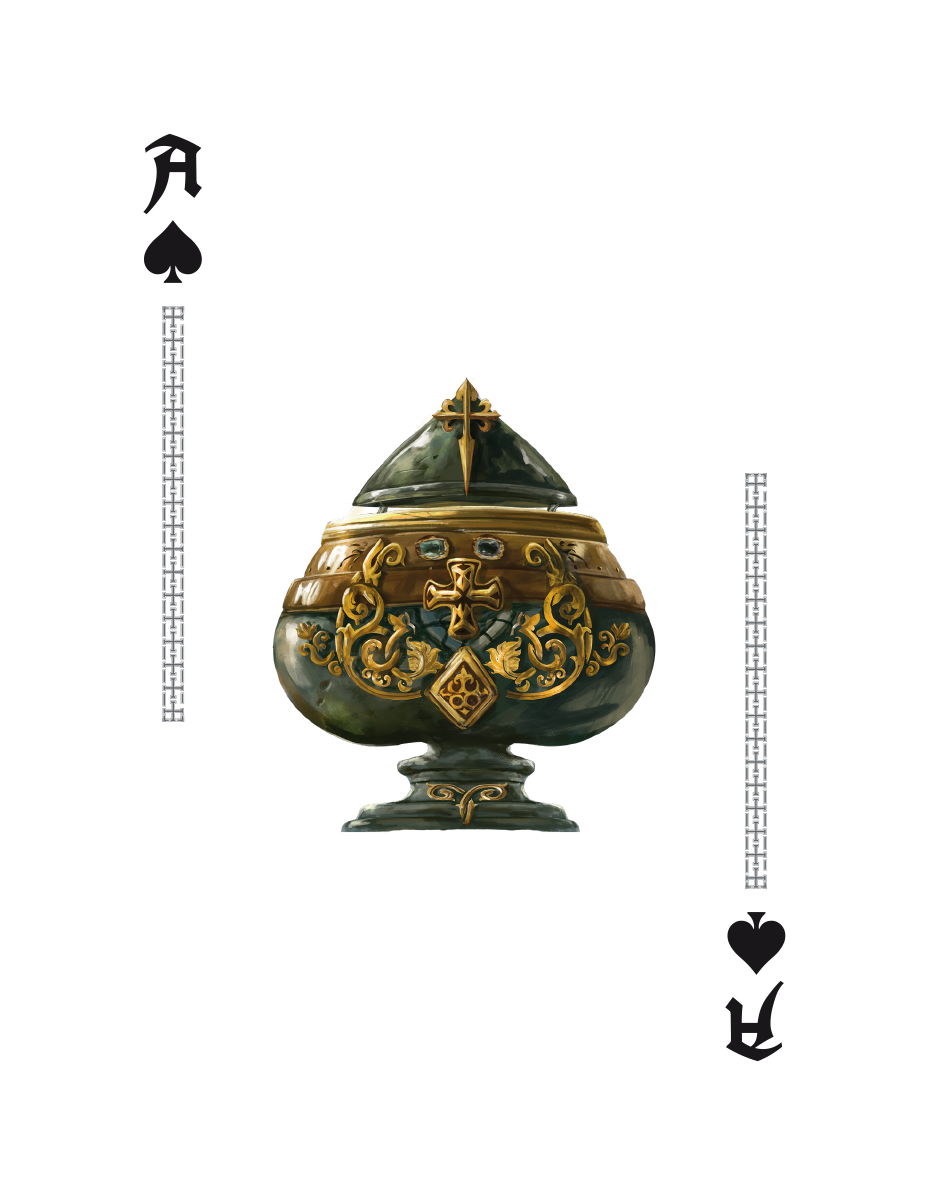 As they did in previous releases, there will be two editions of the deck, with the same faces and different backs and cases. However, this time there will be no difference between both in terms of print run, which will be 1000 units made by the USPCC. If the project gets enough funding, in addition to other improvements, the cards could be Bicycle branded and the print runs would raise to 2,500 decks. 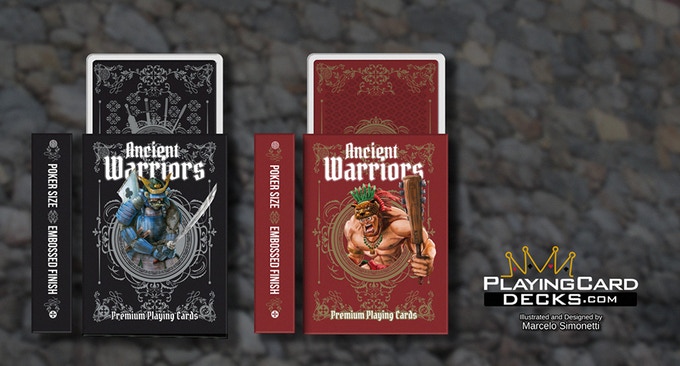 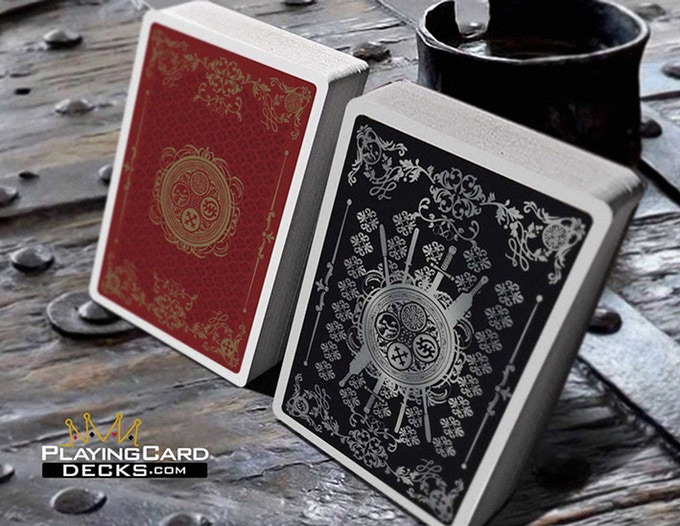 If you like them, you can visit the project website  and raise your pledge. In addition, you can select a tier with all the decks produced by PlayingCardsDecks.com so far. 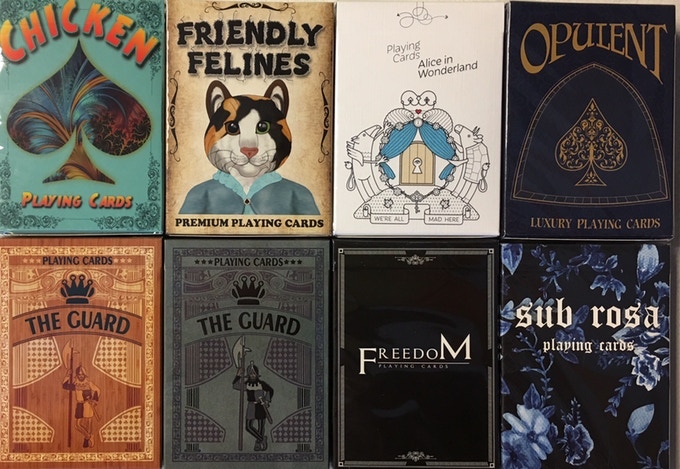 PlayingCardsDecks.com celebrate their 1st Anniversary. A year full of successes that have placed them in one of the first options for those card fans looking for exclusive, varied and good priced  decks. To celebrate this first birthday, Will has offered a 20% off on any purchase using the code HAPPY20. In addition, shipping is free (depending on quantity and destination).

You can not lose this opportunity! It expires at the end of the month!