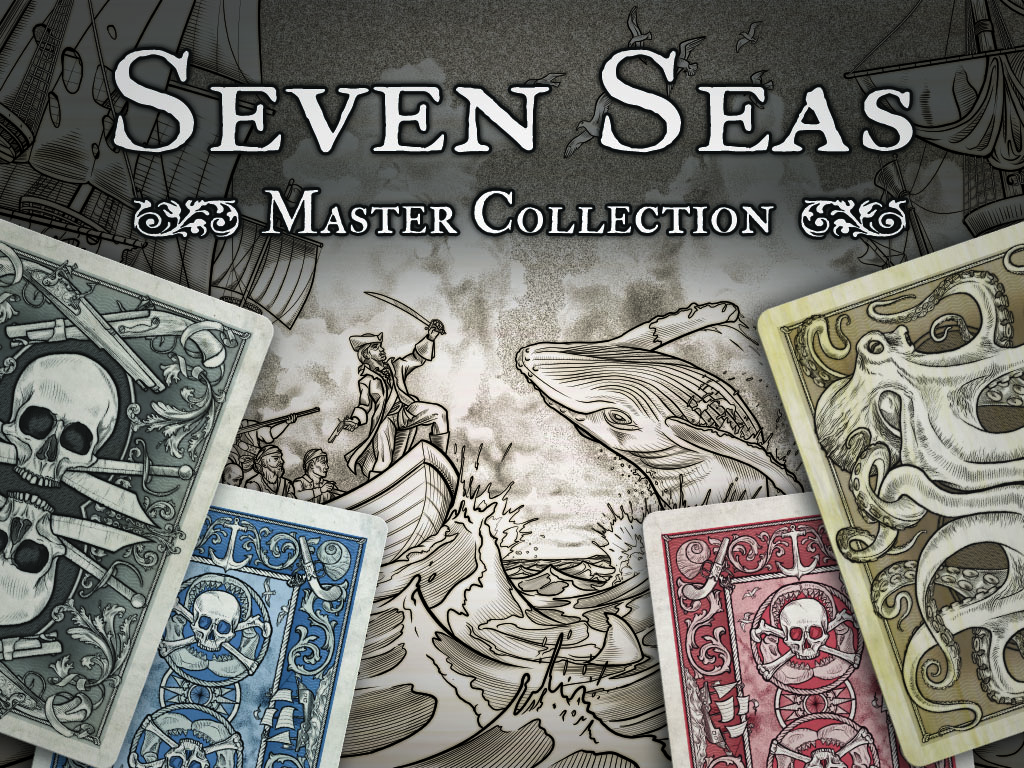 Following the aesthetic and artistic concept of their predecessors, the Seven Seas Master Collection decks are illustrated by Jason Kreiger and co-produced by Douglas Koozer.

The Pirate deck shows a genuine legendary characters that plied the seas between 1500 and 1844. The court cards depict different portraits with their best poses for this deck. It also has a customized ace of spades and a diptych joker set that represents a fighting scene between Benjamin Hornigold & Charles Vane. 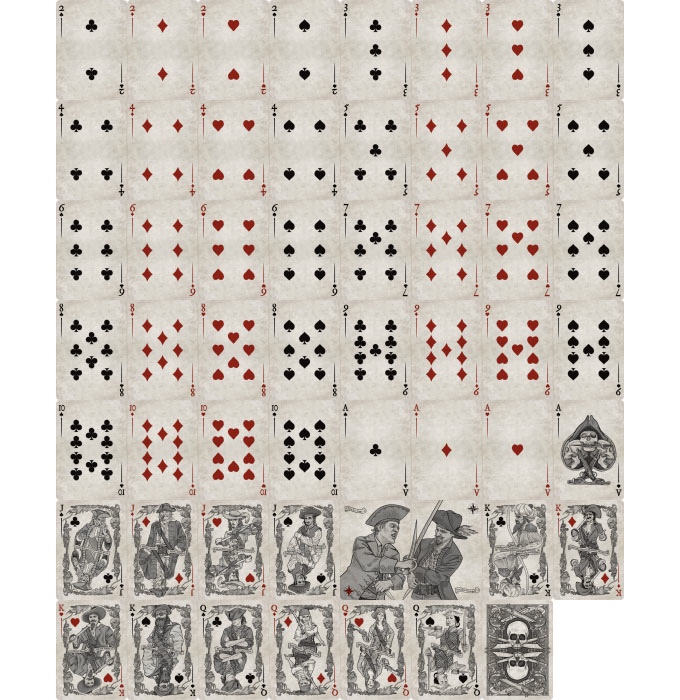 The Sea Creatures deck shows legendary monsters, those dreaded animals that would cause leg tremors to any sea dog. Besides the customized ace of spades, the jokers diptych shows a battle between two of these beasts: a sperm whale and a giant squid. 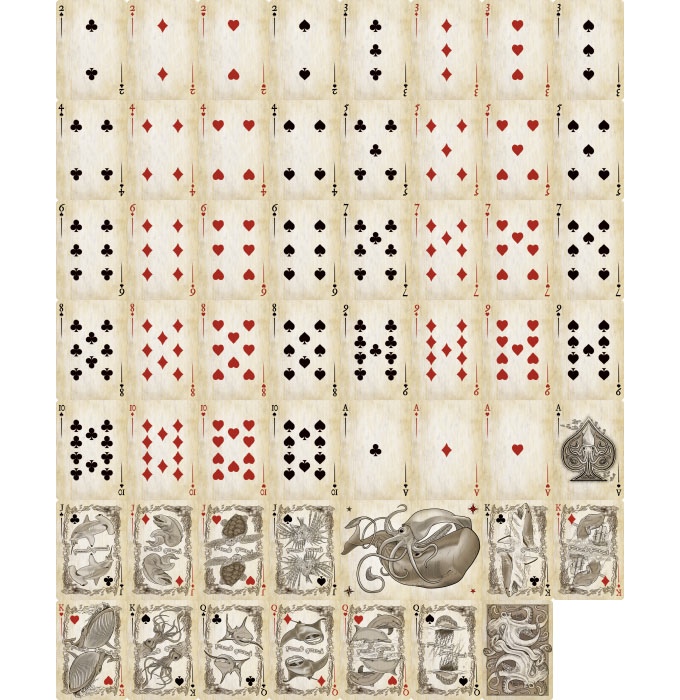 These two decks have in the numbered cards a simple and clean design, with uniform backgrounds and custom pips.

Both Master decks are fully illustrated, in every card. Furthermore, the court cards, collects characters and creatures from other decks. Both Master decks have the same faces with red and blue backs in the East and West Master decks respectively. 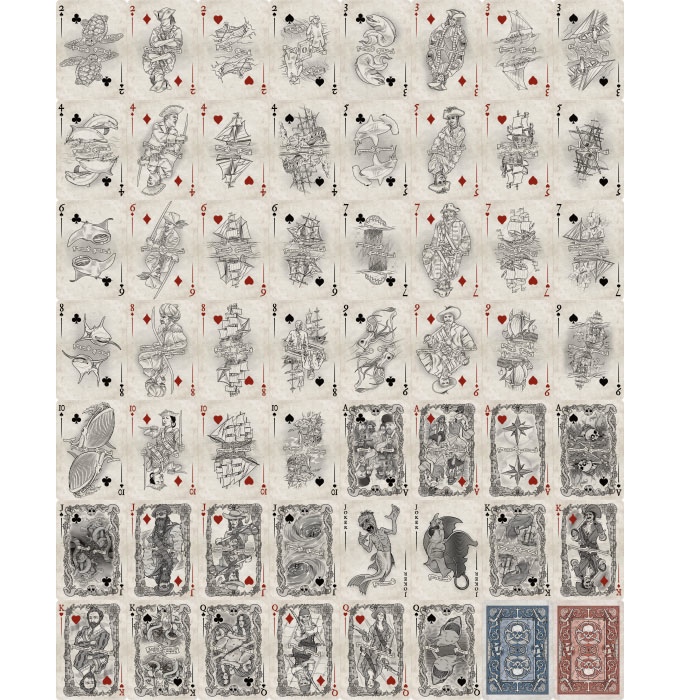 The tuck fronts for these four decks are also something special. They have no texts or marks, only cool illustration that, together, form a beautiful scene of pirates, sea beasts and huge sailboats.

But that’s not all, the project has just started and many add-ons and stretch goals are awaiting culminating in a beautiful edition of a Bicycle branded colored Sea Creatures deck. 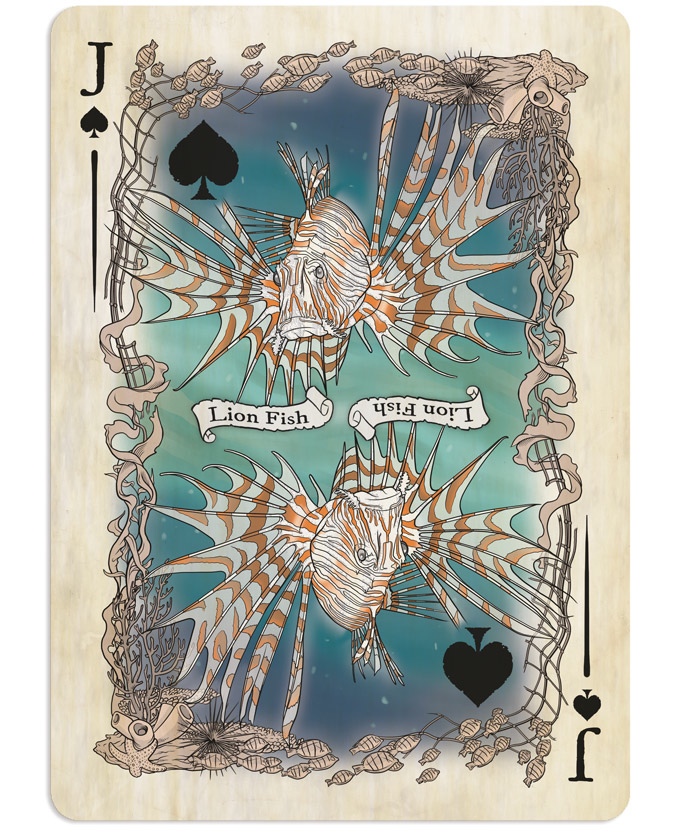 You cannot miss this campaign. Visit the project website and raise your pledge.