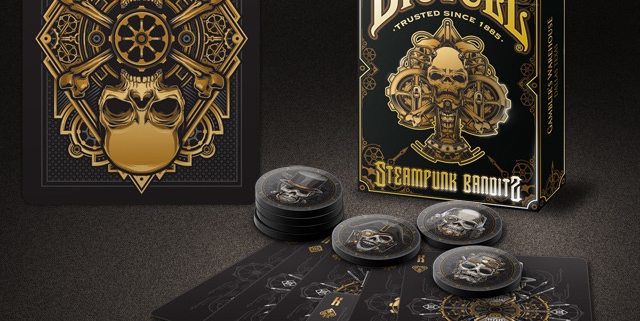 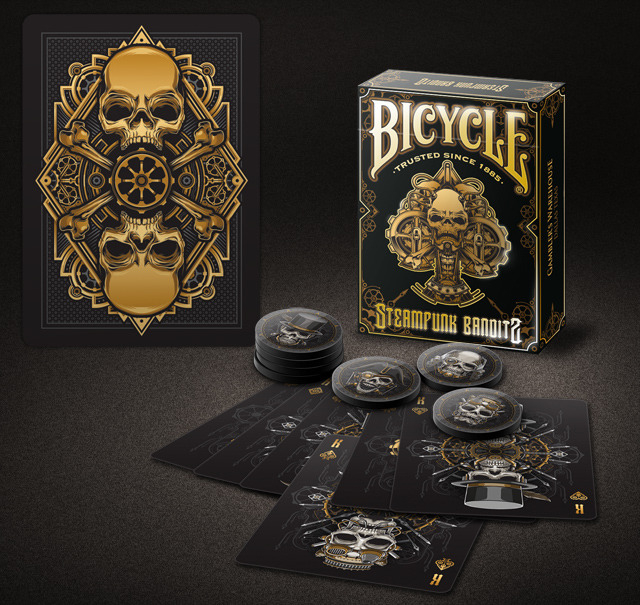 Legend tells there was a gang of clackers (hackers of Victorian era machines) that devised a predictive card-counting algorithm that used to send many casinos into ruin.

Inspired by this legend, another group of gamblers, the team at Gambler’s Warehouse, have launched a new and stunning deck of cards: Steampunk bandits. 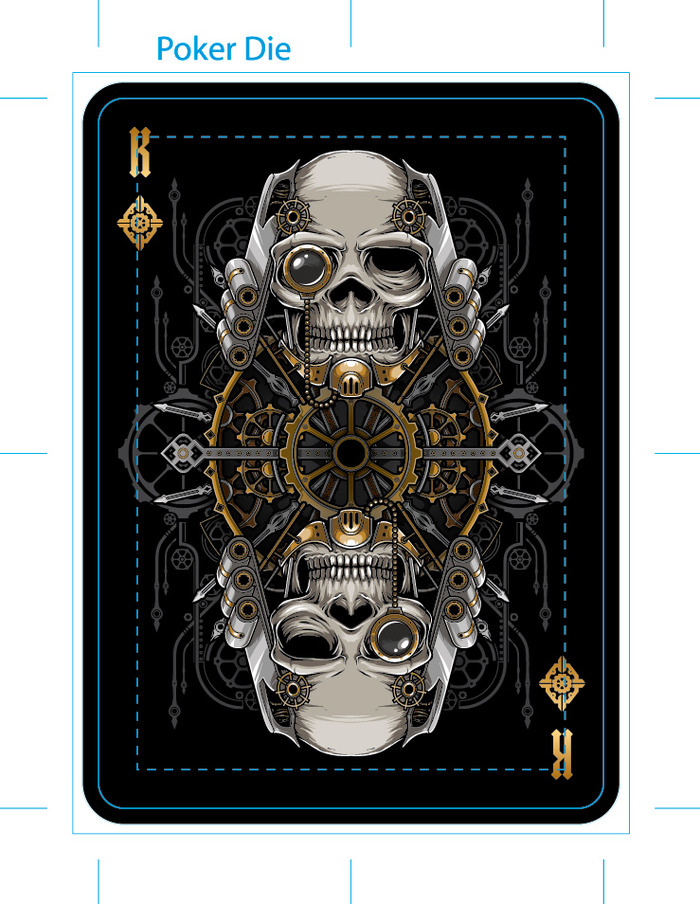 Mixing skull, gears and many other artifacts, the designs of every card in this deck captivates you. A magnificent work in a dark and highly detailed deck that reveals some kind of disturbing atmosphere thanks to the mix of gold and silver tones and a black background.

But that’s not all. The project has been widely funded, enough to unlock a second deck, the White Edition, limited to 2,500 decks and completely customized too. 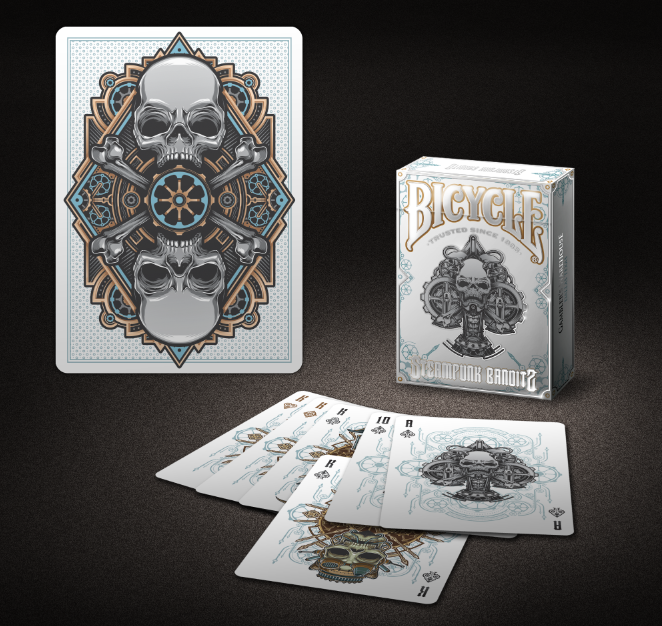 Both decks will be printed by the USPCC under Bicycle brand.

But still more. Exclusive items coming out in this campaign are mini decks in linen finish, and a third unbranded deck with a limited run of 1000 decks and two different colored foils on tuck box. Something really original.