The world of board games is quite wide and alien to playing cards collectors. However, there are times when a board game hides great playing cards decks. That is the case of THE RIGHT OF KINGS.

The passion for illustration of Alex Rivas and the sensitivity of Paul Lombardi in his wood works have led them to create a campaign together with an exciting board game. Inspired by epic medieval struggles between kingdoms for power and domination, this board game ensures hours of fun around a table. But what will interest you more as a reader of Max Playing Cards is that a nice customized poker deck has been created as a complement to the game. 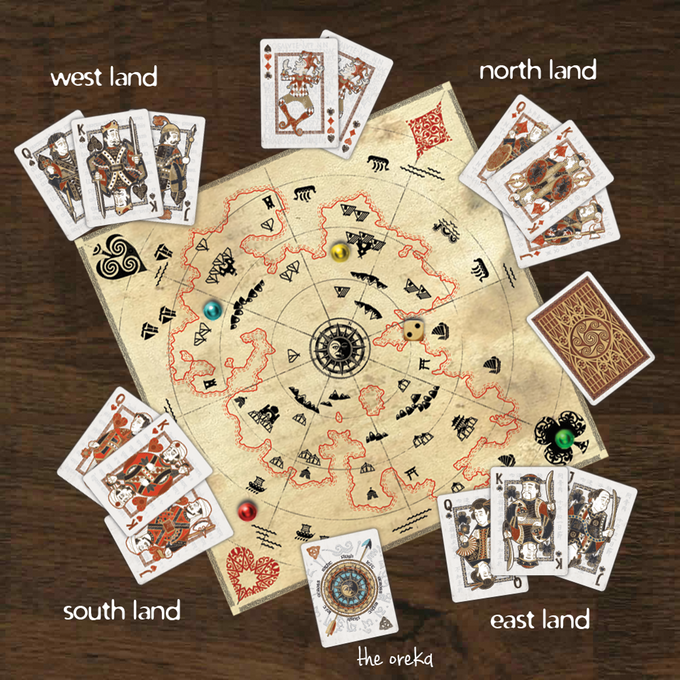 Essential in the game progress, court cards have been illustrated following a medieval style design with the symmetrical scheme of traditional playing cards. Warriors and ladies from the different kingdoms have been depicted on each suit. The aces, profusely decorated, also show distinctive elements of each kingdom. The symbology is present in every design and even numbered cards have decorative written designs in the background and different positions of the pips representing the attack formations of the armies. 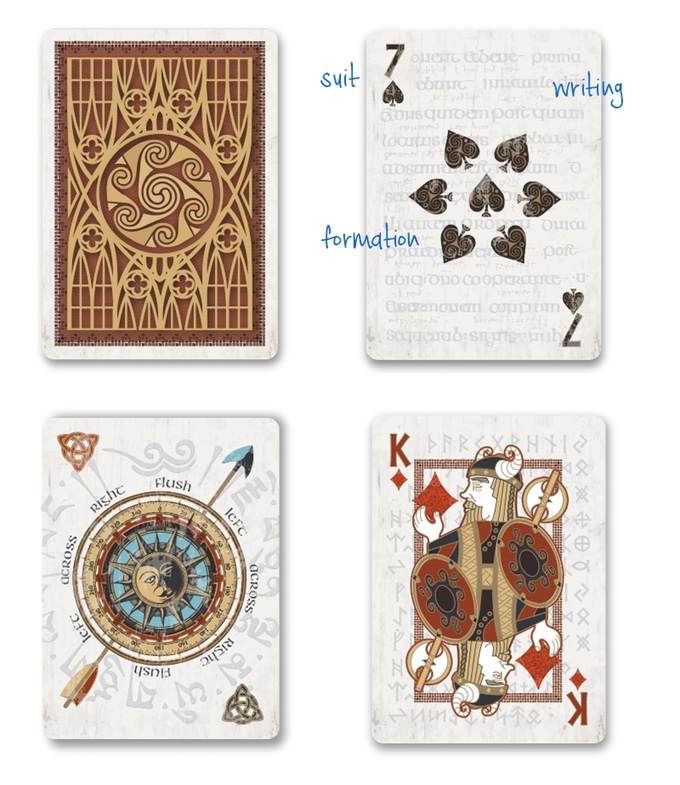 To give more insight to the story behind the game, two different editions have been created that, while sharing the original artwork, have different backs, tuck cases and color schemes in the faces.

The ROK MEDIEVAL Edition is more sober, with austere black and red colors to give this deck an aged look typical of the time they illustrate. 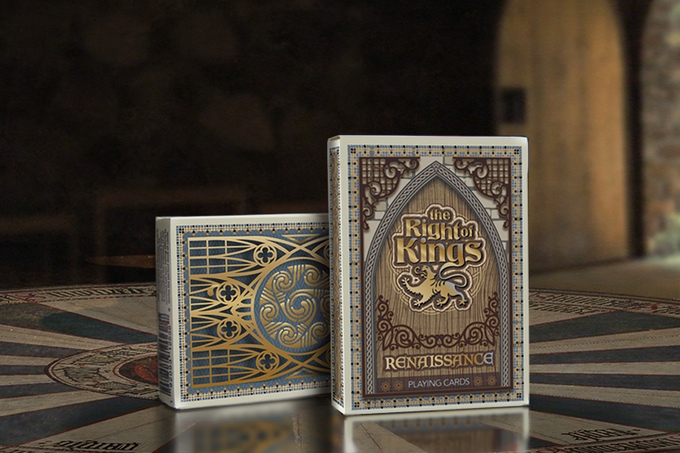 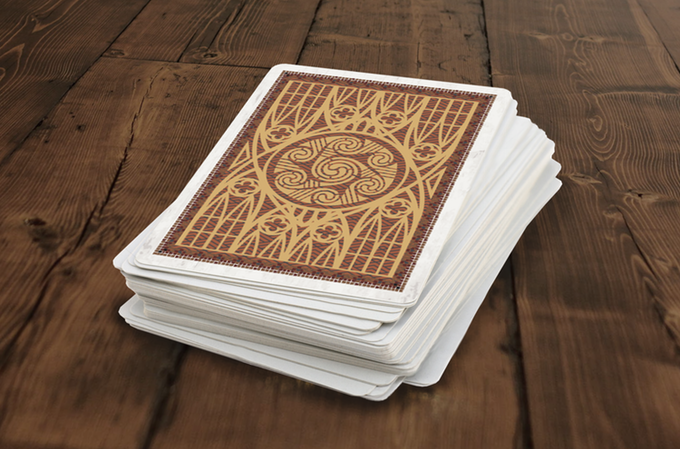 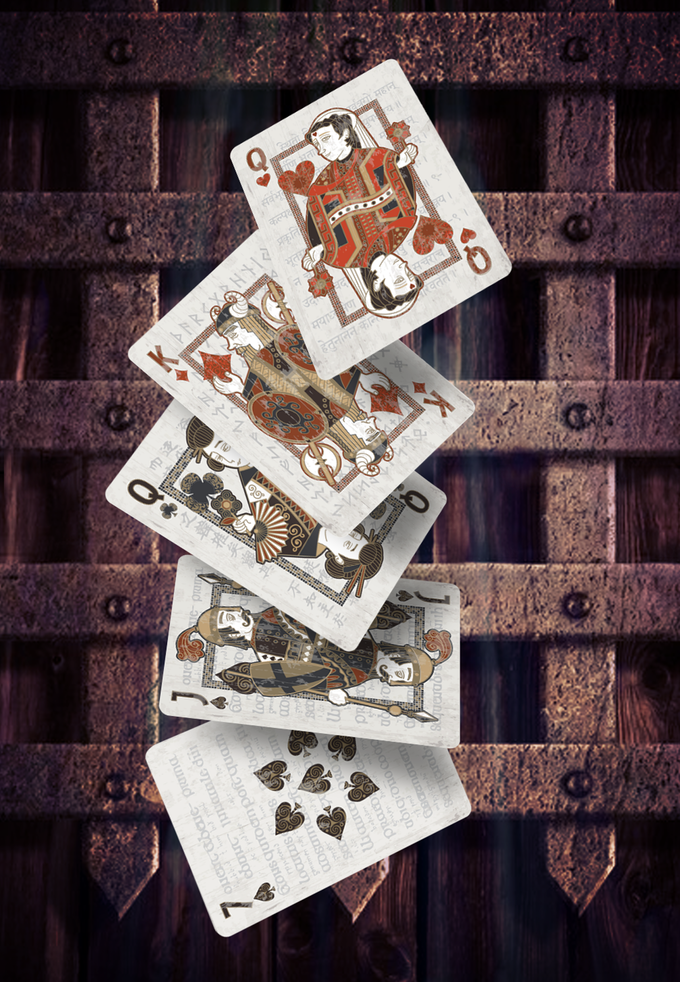 The ROK RENAISSANCE Edition is much more alive, with reliefs that give it more depth and with a multicolor scheme for the suits that marks even more the differences between the realms they represent. 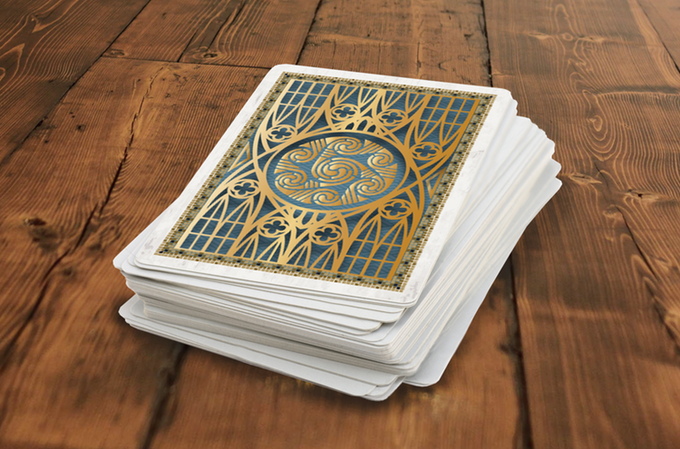 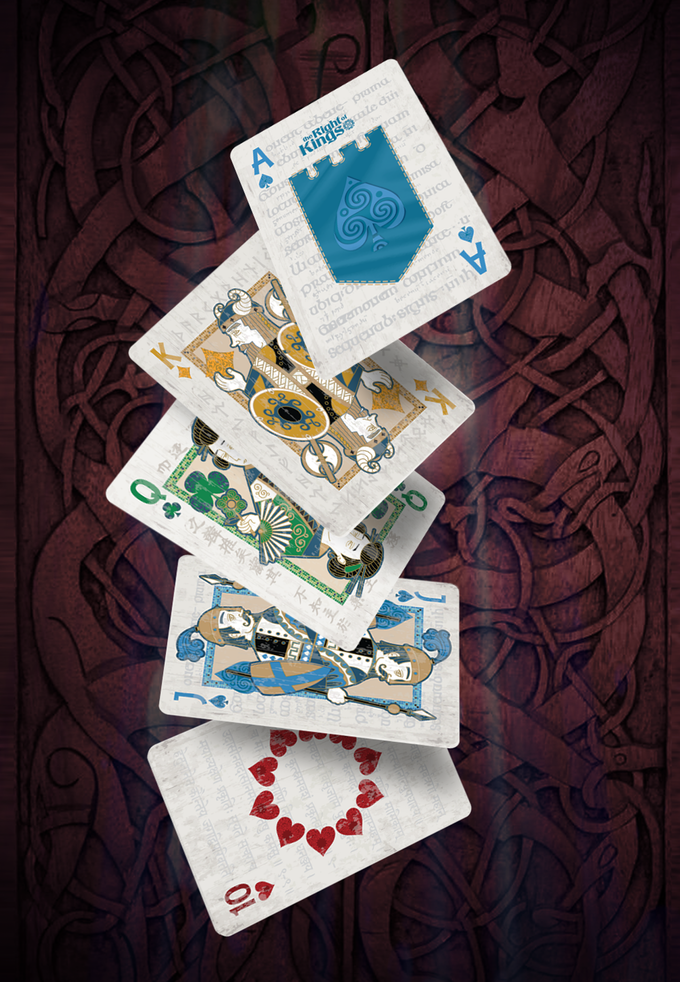 Both decks will be printed by the USPCC.

It is possible to purchase the game and the decks separately, as well as an interesting amount of add-ons (medallions, wooden cases) that perfectly match the style and theme. 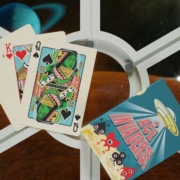 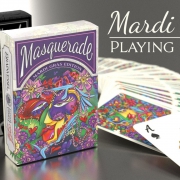 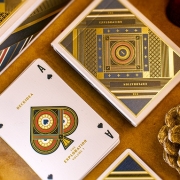 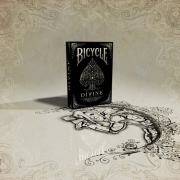 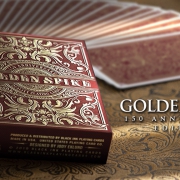 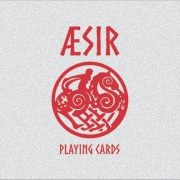 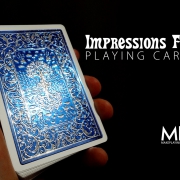 INFERNO Playing Cards. A “divine” deck with the beauty of a poe...